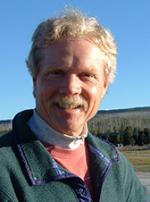 Dahms is a professor of environmental geography at UNI. He is a Fellow of the Geological Society of America and serves on the advisory board of the Center for Global and Regional Environmental Research (CGRER) at the University of Iowa. Dahms teaches undergraduate and graduate classes in earth systems, soils and landforms, field methods, and environmental/landscape developments during the Quaternary period (the most recent 2.6 million years of Earth’s history). His research focuses on paleoclimate and landscape change in Yellowstone region of Wyoming. 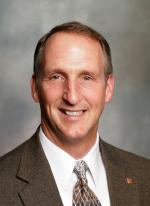 Ames resident Dale Farnham is serving a six-year appointment as the SSCC committee's "cities and towns" representative. Farnham has worked in several industries including Motorola, Cenex Land O' Lakes, and Monsanto. He has served as Webster County Extension Education Director, then as a crops field specialist in Calhoun, Franklin, Hamilton, Hardin, Humboldt, Webster and Wright counties. In 1996, he returned to ISU where he was a corn specialist and an assistant professor in the Department of Agronomy. Most recently, he worked for Farmers Mutual Hail Insurance from 2004 to 2014.

He grew up on a corn, soybean and livestock farm outside Gowrie in Webster County, where he farmed with his family after earning a bachelor's degree in agribusiness management from Arizona State University. He holds a master's degree and a doctorate from Iowa State University, both in crop production and physiology. He was appointed to the advisory board in 2012. 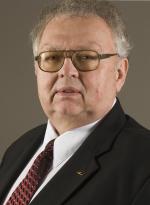 For the Farm Bureau, Gronau represents 11 counties in west central Iowa. He farms with his wife, Judy, and their son, Greg. They grow corn, soybeans, and hay in a system that has been no-till since 2003. The Gronaus are members of the Iowa Corn Growers Association and Iowa Soybean Association. They have participated in the soybean association's Certified Environmental Management Systems for Agriculture (CEMSA) program, a process by which participants can measure the impact of current practices to reduce energy use and use of commercial fertilizers. Their farm also is enrolled in a carbon credit program. Gronau has a degree in history and economics from Wayne State College in Nebraska. Since he joined the Crawford County Farm Bureau in 1974, he has served in numerous leadership capacities including the federation's speaker corps and on several statewide environmental committees. He has served on the county extension council and is a member of the Crawford County Board of Adjustments. He was appointed to the advisory board in 2008. 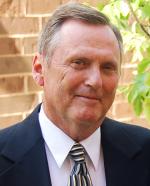 Hickenbottom is a lifetime member of PFI and currently serves on their board of directors as treasurer. Reared on a grain and livestock farm in Fulton County, Illinois, he remains a partial owner of that farm and is a member of the Illinois Farm Bureau. He worked more than 19 years as an agriculture instructor in Illinois and 25 years as a commodity market analyst for a major seed company in Iowa.

He has an undergraduate degree in agriculture education from Western Illinois University and a master's of education from the University of Illinois. He was appointed to the Leopold Center advisory board in 2015. 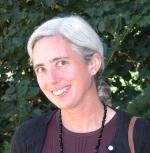 Irish is a corn geneticist; she grows and hand-pollinates approximately a half-acre of corn each summer for her experiments. Her work addresses a basic question in biology about how plants develop. A native of Ohio, she has lived in Iowa since 1990. She and her husband have begun to restore a 40-acre pasture in Cedar County to the oak savannah that it once was by removing invasive species of plants and introducing locally collected seeds of native species. Results of her research, funded by the National Science Foundation and the USDA, have appeared in numerous scientific journals and presented at conferences throughout the United States.

She has a bachelor's degree in biology from Hiram College in Ohio and a doctorate from Indiana University with post-doctoral training at the University of Pennsylvania and Yale University. She was appointed to the advisory board in 2008. 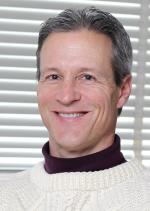 Janzen's research focuses on ecology and evolution, including mechanistic work at the molecular and organismal levels, field studies that document the importance of phenotypic variation and a comparative view of the long-term consequences of this variation. In 2018, he was chosen as a fellow by the American Association for the Advancement of Science:  “For distinguished contributions to the field of evolutionary biology, particularly for the development of methods for characterizing and evaluating the evolution of multivariate phenotypes.”

He earned a bachelor's degree in biology from North Central College; a master's degree in zoology, from Colorado State University; and a doctorate in ecology and evolution from the University of Chicago in 1992. 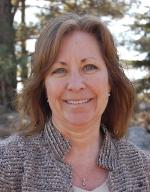 Jody and her husband, Jim, own and operate a 620-acre conservation farm, about half of which are managed woodlands that they have added since buying the property in 1986. They also have a small cattle herd and they operate Edgewood Locker, a meat processing plant, retail and catering operation. Jody works as a radiologic technologist and is director of religious education at her church. She serves on several boards and committees including the Northeast Iowa Forestry Advisory Committee, the Iowa Tree Farm committee, Iowa Woodland Owners Association and both the Clayton and Delaware County Pheasants Forever chapters. Jody and her husband were named Iowa Tree Farmers of the Year in 1997 and National Outstanding Tree Farmers in 2001. Jody is a farmer partner with Iowa Learning Farms. They are the parents of six children, ranging in age from 9 to 25 years. She was appointed to the board in 2015. 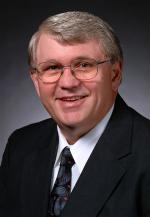 Lasley has been an ISU Extension and Outreach sociologist since 1981. His research focuses on the organization of U.S. agriculture and how changes in agriculture affect rural communities. A major focus examines trends in rural culture and what these trends suggest about the future of rural communities, families and social organizations. Lasley also is co-investigator of the annual Iowa Farm and Rural Life Poll, a series of statewide surveys among farm operators on major agricultural and rural development issues. Lasley's areas of expertise include rural development, community development, sustainable agriculture, and leadership in agriculture.

He grew up on a farm in northern Missouri and holds M.S. and Ph.D. degrees in sociology from the University of Missouri-Columbia. His undergraduate work was in animal husbandry. Lasley also is a board member for Youth and Shelter Services and a deacon at the United Church of Christ-Congregational in Ames. He was appointed to the advisory board in 2006. 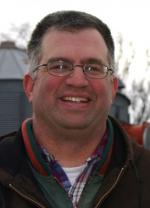 Lehman is a sixth generation farmer in northern Polk County, where he has a corn-soybean-hay operation. He is the former Iowa Farmers Union executive director and legislative director. He also is a member of the North Polk Community School District, and is a teacher and choir member at his church.

He has a bachelor's degree in physics from St. Olaf College in Northfield, Minnesota. He was appointed to the advisory board in 2006. 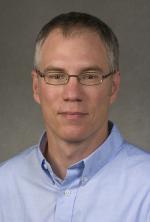 Linderman teaches several courses at Iowa, including the use of un-piloted aerial vehicles (UAVs) for various applications. His research interests are ecosystem dynamics and land cover change as gaged by remote sensing and spatial-temporal models. His work has taken him to a giant panda reserve in China to study the spatial and temporal dynamics of panda habitat, particularly the relationship between local farming and fuel-wood harvesting and understory bamboo regeneration, as well as sub-Saharan Africa. He also has studied the effects of land-use change and vegetation dynamics in Iowa prairies and watersheds. 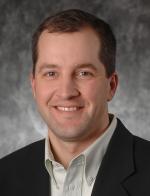 Naig was elected Iowa Secretary of Agriculture in 2018, after serving as deputy secretary under Bill Northey since 2013. He supports the efforts of IDALS to be accessible to Iowans by representing the department at meetings across the state. He grew up on a farm near Cylinder in northwest Iowa. He has been active in agribusiness for more than 13 years, having served in public policy roles for state and national trade associations and in private industry.  He is a graduate of Buena Vista University in Storm Lake, with degrees in biology and political science. He and his wife Jaime have three sons. 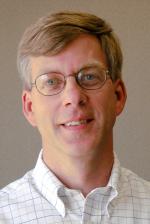 At Dordt College, Olthoff teaches animal science courses and courses that support the general requirements of the college. He also is associated with the college's Agriculture Stewardship Center.  Olthoff chairs the Sioux County Extension Council, is a member of the Sioux Center Christian School board, and involved with Laotian ministry. 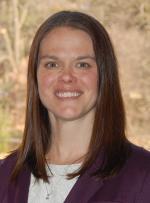 Rosburg is an assistant professor of economics at the University of Northern Iowa. She grew up on an acreage near Boone, Iowa, where her father instilled a passion for wildlife in her. They had a “mini-menagerie... that included domesticated deer, geese, chickens, ducks, pheasants, ferrets, sheep, and at one point, a pet raccoon.” She spent summers working on her grandfather’s farm walking beans and loading hogs to sell. Rosburg says that she is honored to represent UNI on the Advisory Board and “hopes to contribute to a group whose passion for sustainability efforts will create collective efforts that exceed individual contributions.”

She holds a doctorate in economics from Iowa State University, with emphasis in the fields of environmental and resource economics, agricultural economics, human resources and econometrics. She earned a bachelor's degree in economics from the University of Northern Iowa and has been teaching at UNI since 2011. She joined the Advisory Board in 2016. 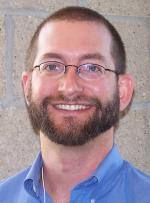 Summerville serves as associate dean for Drake University's College of Arts and Sciences. He teaches courses in conservation biology, entomology, restoration ecology, sustainable development and zoology as well as a beginning course, Foundations of Environmentalism. Since joining the Drake faculty in 2002, he has tackled a number of research projects on Iowa ecosystems. He has studied the prairie moths that pollinate environmentally-threatened western fringed prairie orchid in central Iowa, and reptiles in Polk County's Chichaqua Bottoms Greenbelt and the Sandhill Prairie. He also received a USDA Managed Ecosystems Program grant to research restoration of prairie insect biodiversity in agricultural landscapes. In 2005, Summerville joined the Iowa Audubon Society board of directors and has developed plans for its Iowa Important Bird Areas. He advises the Chichaqua Greenbelt advisory committee as they critique and revise a 10-year master plan for prairie and wetland restorations. He is a member of the Des Moines Urban Conservation Advisory Board and Polk County Conservation Advisory Board.

A native of Richfield, Ohio, he has an undergraduate degree in environmental science from Westminster College in Pennsylvania. He earned a master's degree in engineering and a doctorate in zoology from Miami University in Oxford, Ohio.He was appointed to the advisory board in 2008. 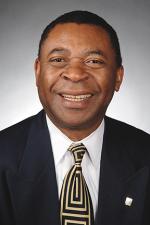 U. Sunday Tim has been teaching at ISU since 1990 and currently teaches undergraduate and graduate level courses in engineering design and graphics as well as geographic information science (GIScience). He has conducted research in the areas of computer simulation models, GIS-based technologies for watershed assessment, environmental planning, and natural resources management. Tim is also committed to enhancing diversity among students, faculty and staff as ISU, and has served on numerous committees and groups to help create understanding, respect and acceptance of underrepresented groups.

He earned his bachelor’s degree and doctorate in civil and environmental engineering from Concordia University, Montreal, Canada. He was appointed to the advisory board in 2016. 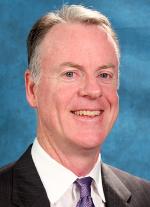 Tormey is the acting administrator of the Iowa DNR Environmental Services Division. He has been in this position since September 2018. Before that, he was the IDNR's general counsel. Prior to his work at the DNR, Tormey practiced environmental law in both the public and private sectors in Ohio. For 12 years he worked for Ohio EPA, first as an attorney and then as the chief of Ohio EPA's Legal Office. Tormey was inducted into the 2017 Class of The American College of Environmental Lawyers. He received his bachelor's and master's degrees from the University of Iowa and his law degree from the University of Iowa College of Law.