About the Leopold Center 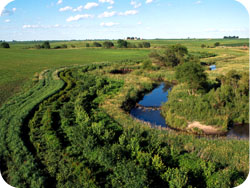 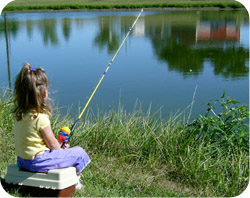 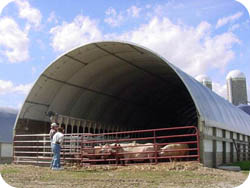 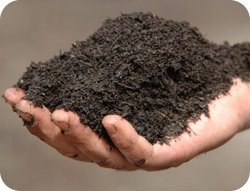 Donors also may gift stock, real estate or personal property, or may choose to make a deferred commitment through a will bequest, charitable remainder trust or other gift planning vehicle. Contact Interim Director Stephen J. Dinsmore to discuss major gifts to the Leopold Center, 515-294-1739, or leocenter@iastate.edu.

The Leopold Center for Sustainable Agriculture at Iowa State University was created through the 1987 Iowa Groundwater Protection Act. The Center's goals are to identify and develop new ways to farm profitably while conserving natural resources as well as reducing negative environmental and social impacts.

Stephen J. Dinsmore is the Leopold Center's interim director.  An Advisory Board advises the director on policies, budget and program review.

The Center's mission includes an educational component to inform the agricultural community and the general public about its 30+ years of research findings. The Leopold Center has a national reputation for how it had supported cutting-edge research which has led to significant dividends for Iowa -- cleaner water, better conservation of natural resources, and greater agricultural vitality.

The Leopold Center is named for Aldo Leopold (1887-1948), a native of Burlington, Iowa, known internationally as a conservationist, ecologist, and educator. He saw the need for development of a land ethic, outlined in his 1949 book of essays, A Sand County Almanac.

What difference has the Leopold Center made?

Between 1998 and 2017, the Leopold Center awarded more than 500 competitive grants coming from every Iowa county. These awards often acted as seed money to leverage other funding for research and demonstration projects, education, or planning and capacity-building efforts, aimed at developing profitable and sustainable farming systems for Iowa.  The work of the Leopold Center has made a difference in Iowa and beyond.

All of the Leopold Center’s publications, reports and papers are on file at the Iowa State University Library. Electronic versions are available through its Digital Repository and are fully searchable by entering search terms in the upper left hand corner. If you have additional questions, please contact leocenter@iastate.edu.

Results from these projects, by the numbers: